I recently had the great privilege of visiting the Casterman Archives in Tournai, Belgium. At first, with Tintin and bande dessinée only forming a small part of Casterman’s editorial output at the time, I was unsure of what I’d find there, but was amazed by the extent of my discoveries. A true treasure trove! One could even go as far as to say Red Rackham’s treasure… 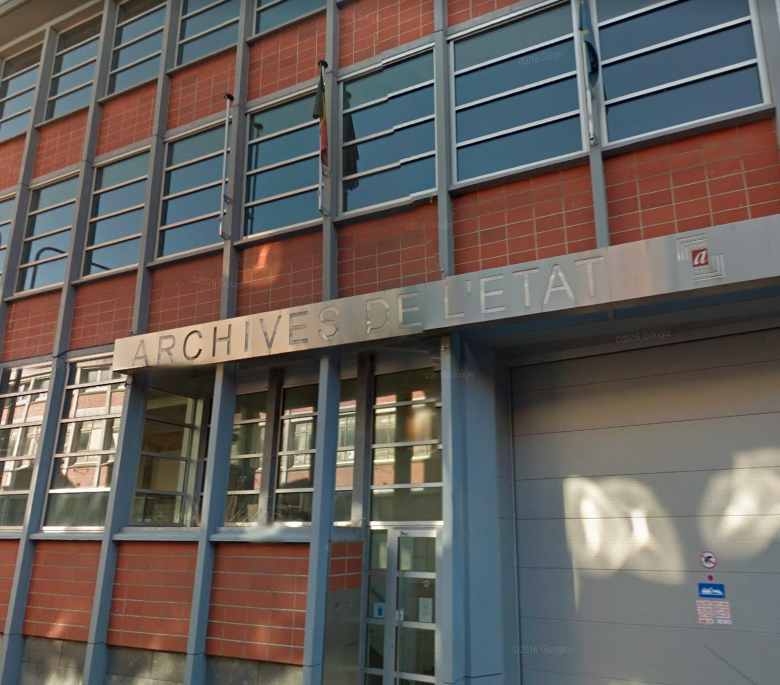 The archives themselves are a very interesting subject, housed in the old Casterman printers in Tournai, and now belonging to the Belgian state archives. The Editions et Impressions Casterman had shaped the publishing landscape in Belgium for over 250 years, vastly contributing to the identity of the industry as well as the small town it called home for so long. So, when the company was bought by Flammarion and relocated to Brussels in the 1980s, it was vital that the archives be preserved. The grandson of Robert-Louis Casterman wished to donate to the archives to the state, but it was already suffering from a lack of space. The solution was found therefore, by turning the offices of the printer into a building housing the state archives, and crucially, preserving the Casterman archives without relocating them. The new Belgian State Archives building was inaugurated in 2009. For more on this rich history, see Lesage, Sylvain, “Les Archives Casterman – un contient inconnu”

The Casterman archives can be found in the basement of the building, and thanks to the amazing work of Florian Moine (currently working on his PhD thesis on the history of Casterman at Paris 1) in cataloguing the vast holdings of the archive, I was able to find some extremely useful resources. I focused only on material pertinent to my topic, and so narrowed in on documents discussing Casterman’s jeunesse sector in the 1960s, which mostly concerned issues relating to the Tintin series, as the publisher did not fully develop its bande dessinée output until the next decade.

These interesting sources primarily came from correspondence documents. First, between Casterman and international publisher counterparts, selling and discussing rights for Tintin in newspapers, magazines and albums. These proved very exciting, as the development of a genuine relationship between the publishers can be observed, particularly with examples such as Editorial Juventud in Spain. From these letters, not only can we see exact sales figures and production processes, but also more personal touches, and even a frank discussion of the commercial success (or lack thereof) of Tintin magazine, Tintin Seminario in Spain. It does not seem like the businesses were rivals, but were working together to ensure maximum success for their shared products. The only slight disappointment was that the courtesy examples of the series in different languages have been lost. There is a trace in the letters of foreign publishers sending them to Tournai, but sadly it would appear that they have been lost over time. The next batch, a collector’s dream, were letters from Hergé himself. These ranged from bills for author rights to personal details once again. There are even instances of fan mail being forwarded! The letters also clarify several contractual issues, for instance such as the agreements between Casterman, Hergé and Lombard (who published Tintin magazine, but paid Casterman the rights).

Another interesting section was the contracts files. From these contracts for rights in newspapers, and foreign editions, I can now chart an almost complete picture of Tintin’s journey through Europe (and beyond) in the 1960s. As someone with experience in the publishing sector myself, it was also interesting to see the contract terms that Casterman required in order to sell their license. One thing I was not expecting was to find that Casterman had also printed several foreign editions of albums, including those from Germany, Denmark, Sweden and the UK. This distribution agreements greatly help in my considerations of a Europeanisation of the industry at this time.

So overall, a resounding success! I can’t wait to see what else I uncover as my research progresses, and will be sure to return to the Casterman archives once more. I wouldn’t want to miss any more treasure after all!